Pets cannot be booked with your selected vehicle

Please agree to our conditions.

Please book at least ? hours ahead.

Please enter an age for each child under 18

Please enter an age for each child under 18

You cannot book more than one rider and one pillion passenger per motorcycle.

Only one bicycle can be booked per ticket. If you wish to book more than one bicycle you will need to make a separate booking for each bicycle.

Only one bicycle can be booked per ticket. If you wish to book more than one bicycle you will need to make a separate booking for each bicycle.

There are currently no timetables available for routes selected

Please enter all the information for your vehicle

Sorry, this route is currently unavailable.

The return time must be after the outbound time

Please note that the information provided is correct to the best of our knowledge at the time we have received the same information from the Ferry Operators. The situation is changing rapidly and we will try to keep the website updated as soon as we receive updates from the ferry companies.

You can use AferryFreight to book Grimaldi Lines freight ferry crossings between Citvitavecchia & Trapani (Sicily), Salerno & Palermo, Catania (Sicily) & Malta, services to North Africa and many more. You can check freight facts, sailing information and ferry times for Grimaldi Lines below.

Vans - Do I need to travel as freight?

We will need to know the length and contents of the van.

Founded in 1947 Grimaldi Group is a leader in maritime transport. Grimaldi Lines operates an extensive `Motorways of the Seas' network, with an active fleet of 10 vessels, including the 2008-built twins M/F Cruise Barcelona and M/F Cruise Roma.

Grimaldi Lines' services between Barcelona and Civitavacchia take 19 hours with a daily (except Sundays) departure from both ports at 22h15. Some services operate via Porto Torres in Sardinia. Barcelona is also connected with Livorno with four round trips each week. Valencia and Livorno are connected by three sailings weekly, the crossing taking 40 hours. There are also three weekly departures between Valencia & Salerno via Cagliari (Sardinia), the crossing taking 42 hours.

The Tunisian capital of Tunis is served by four routes - Civitavecchia via Trapani, Livorno via Palermo, Genoa via Livorno and Salerno via Palermo. In total, there are six departures per week from Tunis. Tripoli (Libya) sees a weekly departure to Salerno via Malta whilst a weekly service operates between Livorno and Tangiers (Morocco) via Barcelona, the overall journey taking 56 hours.

Malta is served by six services each week, to Catania (7 hours) with onward connections to Civitavecchia (30 hours), Salerno (30 hours) or Genoa (38 hours).

We will need to know the length and contents of the van. 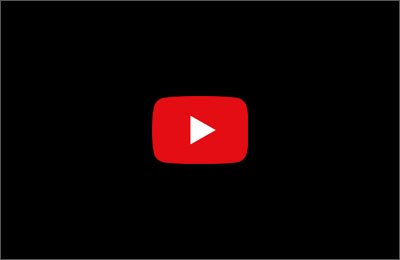 On board Grimaldi Lines

Freight drivers can be assured of a warm welcome aboard Grimaldi Lines vessels. A Grimaldi Lines Driver Card offers discounts on purchases in the onboard restaurants and bars and for entry into the fitness centres and treatment in the Wellness Centre. The card also gives a discount on purchases in the onboard shop and, subject to availability, a free upgrade to a single occupancy cabin.

If you have already made a booking with us, you will find contact details on your booking confirmation email. Alternatively you can log in to My Account to view, amend or cancel your bookings.